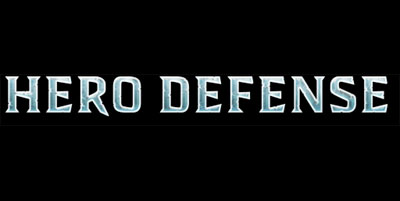 Hold back Lord Necrosis’ masses of enemies in this
unique mashup of RTS, tower-defense and RPG!

August 15th, Düren, Germany – Headup and Happy Tuesday unleash the undead onto Xbox One today. Hero Defense lets you create your own strategies to fight off vampires, skeletons, angry witches and many more gruesome creatures – with style!

Hero Defense innovatively mixes together RTS and tower-defense game elements. In particular, RPG elements add enormous depth by providing players with a large variety of ways to improve the heroes’ many abilities. Prove your tactical prowess by utilising the most effective combinations and create your own unique playstyle.

Help vampire hunter Jack Sanders and his tough group put an end to the undead scourge once and for all. Jack comes from an old noble family of vampire hunters who have fought the darkness for generations. But this quest is more than just business to Jack – this time it’s personal!

Count Necrosis is none other than Jack’s own father, who betrayed everything his family stood for by embracing the very darkness which claimed so many of the family’s lives. In response, Jack swore to hunt down and kill Count Necrosis in order to redeem the family name. But when the time comes, will Jack be able to plunge a stake into his father’s heart?

You will rebuild an entire town to get access to even more upgrades, advancements, skill trees, runes, magic spells and a whole arsenal of modifiable weapons. Figure out which combos work best for you, in Hero Defense the possibilities are limitless!

Due to its dark fantasy setting – including vampires, werewolves and Igors (assembled with love!) – Hero Defense will appeal to a wide spectrum of players as well as providing them with novel challenges. In addition, you will encounter bosses, such as Bones O’Malley and Doctor Amalgam, the Igors’ creator.

All five heroes’ abilities are tailored around their rich backstory, reflecting their individual personalities. Improve them in multiple ways to match your gameplay style. In the end, though your strategy skills will determine whether you succeed or fail: combine your heroes’ strengths and coordinate their movements efficiently. Shrines and strong auras will serve as natural ideal spots whose usage will be inevitable to defeat the hordes of sinister enemies.