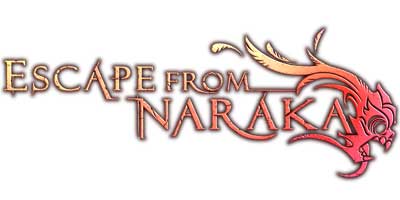 Cologne, June 29th, 2021 – Headup and Xelo Games are excited to announce that the first-person survival platformer, Escape from Naraka, will be available on Steam today for $ 14.99 / € 14,99 / £ 11.99 including a 10% release discount. Set in a nightmarish Balinese temple, Escape from Naraka will test your platforming and parkour skills through a wide range of challenges, obstacles, enemies, and trials scattered across a wide variety of stages.

To make navigating this hellscape more manageable, the protagonist has access to unique abilities, which curious players can also use to discover a plethora of secrets. While Escape from Naraka was inspired by games like SEUM: Speedrunners from Hell, Dark Deception, and DOOM, the team at Xelo Games decided to give it a special touch by using 3D scan technology to incorporate real life artifacts, various art from Balinese mythology as well as real temples, and also used traditional Balinese instruments for composing the soundtrack.

“We’re really happy that the game is out in the wild and can’t wait for players to jump into the full experience!”, said Irfan Sarwono, Game Director at Xelo Games. “The demo version already attracted a big number of highly skilled players, so it’s going to be really exciting to see how fast they’ll be able to run through the levels and find different routes that will help them achieve better times.”

For more details, check out the official Steam page

You can find more info about the game and its developers on their Twitter page, and feel free to discuss the game with them on Discord.

Also, don’t miss the awesome Escape from Naraka soundtrack – many traditional Balinese instruments were used to create its distinctive style! You can find it at this Bandcamp link from tomorrow at 5PM CET / 8AM PST.