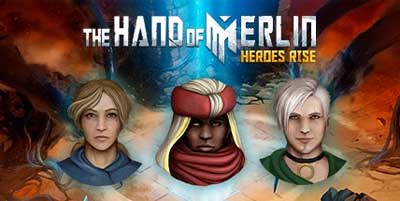 Baltimore, MD – July 29th, 2021 – Independent developer Room C Games in co-production with Croteam and in partnership with indie publisher Versus Evil have revealed 3 new heroes for their rogue-lite RPG game The Hand of Merlin.

These new heroes include the deadly mercenary Tariq al-Ash’ab,a berber mercenary. Tariq embodies fancy footwork, and with his Bladedancer passive, he becomes stronger for each nearby enemy. Second is hermetical survivalist Isabel of Orreaga, this tough hermit carries heavier defensive attributes than most of her class and utilizes the new Blight ability, an alternative way of healing. Last but not least, mysterious illusionist Alain the White, geared to be a more utility-oriented ranger, with his Fey passive punishing enemies that miss, and the new Decoy skill, that summons an inanimate target to draw enemy fire. The new hero characters have unique skills and abilities that will offer creative new strategies and more variety to The Hand of Merlin.

The Hand of Merlin features in the latest Steam Daily deal from 10AM PST July 28th – 10AM PST July 30th at 40% off. The game is also a part of the Award Winning RPG bundle with up to 70% off.

About The Hand of Merlin

The Hand of Merlin is a turn-based rogue-lite RPG in which Arthurian legend clashes with sci-fi horror. Players recruit three mortal heroes on a desperate journey from Albion to Jerusalem to explore richly-imagined medieval lands on the brink of apocalypse assaulted by an otherworldly evil. Written by Jonas Kyratzes (The Talos Principle, Serious Sam 4) and Verena Kyratzes (The Lands of Dream, Serious Sam 4) The Hand of Merlin is a story inspired by Arthurian legend but with an unusual twist that introduces a wholly unique sci fi element to its storytelling.

Utilizing squad-based and turn-based combat, players can employ tactical cunning to use cover, set up ambushes and coordinate attacks with ranged,melee and spellcasting combat to conquer both human and demonic foes looking to do them harm. Additionally, players can utilise relics they purchase or are rewarded with, some of which are imbued with magical power.These abilities will be important as players weigh the risk and reward for the paths they choose.

In The Hand of Merlin choices are permanent depending on the decisions players make as they carve a path across the lands of Albion, Marca Hispanica and Al-Andalus. Combat is inevitable and mastering the tactics of squad-based and turn-based combat is essential to survive in a world where evil never rests. Players can seek out towns to improve their arms and armor, or trade with hermit artisans in the wild. Renown is the backbone of progression and can be used to level up party Heroes, and players can choose between a randomized set of new skills or improved attributes to balance out the combat prowess of their party to improve their chances. 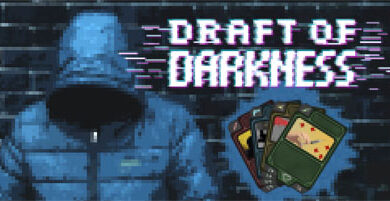