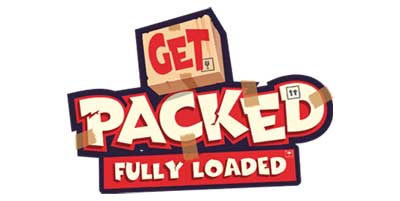 North East, United Kingdom – July 29th, 2021 – Coatsink is proud to announce that today Get Packed: Fully Loaded, the expanded version of Moonshine Studio’s local and online party game about moving house, is out now on Steam, Xbox One, and PlayStation 4 for $19.99 USD / £15.49. Get ready for calamity and physics-based carnage for 1-4 players.

Get Packed: Fully Loaded tasks 1-4 players with relocating an entire town following an acquisition by a greedy salt mining company. Being the only moving crew in town, demand has far outweighed supply, so there’s no time to dally! Snatch people’s stuff, throw it in the truck, and move on to the next house… leaving a trail of destruction, explosions, and debris in your wake!

The original Get Packed launched to critical acclaim in April of 2020 on Stadia, where it went on to become the #1 highest rated Stadia game on Metacritic. This expanded edition adds a truckload of new content with new campaign and competitive stages, additional playable characters, and customisable outfits.

Those who already own Get Packed on Stadia will receive the new Fully Loaded content today as a free update.

“I hate moving in real life, but in Get Packed: Fully Loaded it’s an absolute joy!” said Marcus Gardner, Co-Founder at Moonshine Studios. “You don’t have to do any heavy lifting or worry about breaking your actual possessions. Instead, you can go ham as you recklessly drag people’s possessions into your moving van. It’s all the fun of trashing a place without any of the cleanup!”

“Get Packed was a total riot on Stadia, so we’re thrilled to bring it to a wider audience,” said  Eddie Beardsmore COO at Coatsink. “And with the Fully Loaded expansion, there’s never been a better time to dive in and have some destructive fun with friends!”