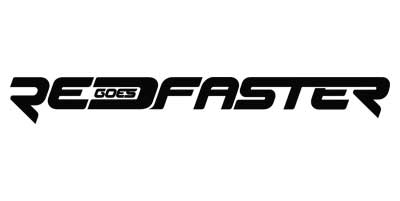 In Red Goes Faster, players take on the role of Leon Garcia, an aspiring young racer who takes part in intergalactic races by day and explores his home planet of Keplar by night. Players will spend their time between races visiting a rich variety of establishments where they will hang out with Leon’s friends and find themselves trying to untangle a complicated love triangle.

Racing is Leon’s only way off his home planet of Keplar, a world that once seemed full of promise. Prospective colonists were promised an exciting new life complete with wellness programs, office perks, health insurance and a whole lot more by the corporations preparing to profit from the planet. Then they realised Keplar was worthless. The promises of an idyllic new life evaporated and the corporations headed back home.

Leon’s grandparents were among those that made the decision to stay, but he wants out. His road to winning the Keplar Super Trofeo will be complicated by his high school rival and his relationship with his ex-girlfriend, but he’s determined that he won’t miss his only chance to get off this rock.

“We are really excited to be bringing Red Goes Faster to PS5, Xbox Series X|S, Nintendo Switch and PC,” said Sergei Kolobashkin, Founder and Creative Director at 110 Industries. “The mix of racing and adventure that the game offers is really bringing something new to the table and we can’t wait to share more details.”