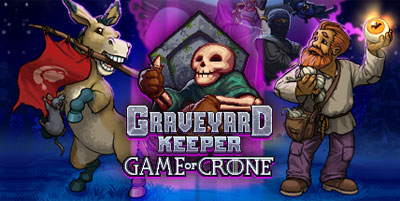 In this expanded adventure, players will have 6-12 hours of extra gameplay, new achievements, storylines and bag mechanics to spice up the journey and testify if they are professional in the business. Another spooky season comes and the escaped prisoners of the Inquisition needs help to survive in the wilderness!

Facts about the new DLC – Game of Crone: