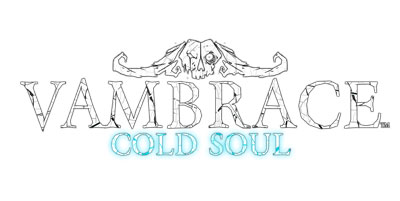 August 28th, 2019 – Headup and Devespresso Games are pleased to announce tomorrow’s release of their roguelike fantasy adventure Vambrace: Cold Soul, available digitally for Nintendo Switch and PlayStation®4 on August 29th for £19.99 / €24.99 / $24.99. You can find the game on the Nintendo eShop (US/EU) already now; the entry on the PlayStation@Store will follow tomorrow. Vambrace: Cold Soul was released for Xbox One today, with Chorus Worldwide as the publisher.

Originally launched on Steam for PC and Mac earlier in 2019, Vambrace: Cold Soul is the second game of Devespresso Games, who created the indie cult classic The Coma: Recut, now with a major departure from the survival-horror mechanics and features a new focus on rich narrative and deep strategy. Weaving a tale of gothic horror from the minds of Minho Kim and T.L. Riven, the gameplay features multi-class party building mechanics, punishing roguelike expeditions, and an immersive story with high replayability. Vambrace also boasts Minho’s signature hand-illustrated graphics that is sure to please 2D and retro game enthusiasts.

Players take on the role of Evelia Lyric as they embark on a series of expeditions that will truly test their leadership capabilities. Assemble a team of unique characters all with different strengths, abilities and fighting styles in order to defeat the evil that awaits. Craft new items from old loot to ensure the team is properly equipped to face new challenges and threats. The path will be fraught with difficulties and the unexpected, each of the game’s seven chapters will require a perfectly balanced but different team in order for the player to progress.

Since the game’s release on Steam, Devespresso have listened carefully to player feedback and implemented a wide variety of new updates which has garnered a very positive Steam rating for the game’s most recent patch. The console version will include all significant updates and improvements.