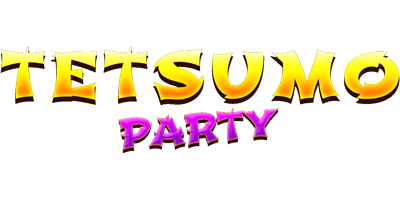 Flexible like a sumo wrestler, unbeatable like a ninja. Tetsumo Party is now available on consoles and PC!

Take your reflexes to the next level in the one and only unconventional contest inspired by Japanese TV shows!

Have you ever wanted to party with sumo wrestlers? Well now you can! Gather your friends on the couch and join together in an unconventional contest inspired by Japanese TV shows. The couch co-op party game, Tetsumo Party, is now available on Steam, Xbox One, PlayStation 4 and Nintendo Switch!

Take your flexibility to the next level! Independently control each limb of a sumo wrestler to fit into the funny-shaped holes cut into an approaching bamboo wall. Don’t get distracted by the waiter bringing you food and refreshments though, otherwise… Mata ne!

Use your yoga skills in single-player mode or play with up to 4 players in a crazy co-op battle. You can also compete locally against your friends on the couch, where rules do not apply! Unlock new characters (did I just hear someone screaming “Ninja!”?) and venues and become the ultimate Tetsumo Party expert; because life is all about fitting into this damn bamboo wall, isn’t it?

Keep the party going by getting the special party pack from Monster Couch! Save on all the games in our collection, including Tetsumo Party, by picking up this raucous bundle.

Available on PlayStation 4, Xbox One and Steam.