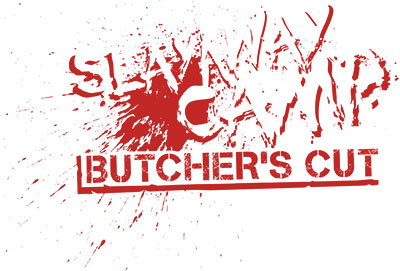 25 October, 2018 – The Halloween spooks and scares continue with the release of Slayaway Camp: Butcher’s Cut on Playstation Vita next month. Digerati and Blue Wizard are happy to announce that the popular horror homage puzzler is launching on the platform 6 November (7 November for those in the EU).

The handheld release will be Cross-Buy compatible (the PS4 version was released last year), so players will be able to enjoy gory puzzles both on the go and from their sofas.

Slayaway Camp is the debut title from Blue Wizard Digital, formed by PopCap co-founder Jason Kapalka and the talent behind such games as Bejeweled, Peggle, Cosmochoria, and Cardinal Quest.

Also behind the pixels are the voice-over performances of Mark Meer, known to gamers for his role as Mass Effect’s Commander Shepard, and Derek Mears, the man behind the iconic hockey mask in 2009’s reboot of Friday the 13th.

Slayaway Camp is an equally challenging and charming puzzler, praised as “enjoyably addictive” with “enough variety within its puzzles to keep you returning for more” by Push Square, while PlayStation Universe calls it “a great game to enjoy in small bursts or through long hauls.”

Robin Hood – The Legend of Sherwood disponibile per Mac