The fog has cleared away for Golem Gates’ launch on Steam Early Access!

GOLEM GATES – The real-time strategy game that utilizes card battling mechanics with RTS play, is now available in Early Access on Steam. The full multiplayer experience is available with 1v1 and 2v2 matchmaking, custom player matches, local AI bot matches, and a co-op Survival mode. The game can be purchased for an early-bird price of $19.99 in the US or regional equivalent.

The multiplayer will be polished with the help of the Early Access community and, on March 28, will be joined by a single player campaign and additional co-op maps to flesh out a compelling strategy and card collection experience.

Golem Gates is a refreshing take on an old genre by a team of experienced developers with triple-A experience on titles such as Gears of War, Civilization, Unreal Tournament and Red Faction. Powered by the Unreal Engine 4 and combined with the creative art of Marvel and Transformer franchise alumni, Josh Nizzi, Golem Gates is sure to deliver hours of intense combat and joy for fans of RTS and Card Battle genres in a single one-time purchase. A changeup from traditional RTS games, Golem Gates allows players more versatility by allowing them to use their Glyphs anywhere they have map vision created by their existing forces.

Features
Collect cards (Glyphs) by completing matches to create decks to suit your combat style – Create defensive structures, offensive squads, elusive traps and powerful spell attacks.
Fast-paced battles of tug-of-war, tactical combat with streamlined play to keep players focused on the action.
Using the power of the Unreal Engine, Golem Gates combines dark fantasy with sci-fi elements to build a mysterious world of ruined civilizations and ancient war machines.
Fight where you have sight – By allowing players to play Glyphs anywhere in their vision, they can easily transform a scouting party into an army, place emergency defenses to respond to the enemy, or hide an outpost in a direction the enemy doesn’t expect.
+ more!

PS Vita in bundle con PlayStation 4 in uscita a dicembre 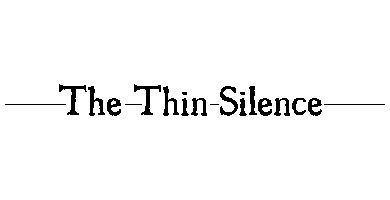