Players assume the role of Lt. Hannah Stone, leader of the “Zombie Squad”, an elite team who work outside the purview of the traditional police force. Taking inspiration from the likes of Devil May Cry and Bayonetta, a deep combat system will give you the opportunity to take on enemies up-close and personal, or engage with guns from a distance, with cool slow-motion sequences, and a limb-severing mechanic that changes enemy attack patterns adding style and substance to combat encounters.

Among the talented team working on the game’s finessed combat systems are developers that previously worked on Ninja Gaiden and the Dead or Alive series.

Offering a change of pace to Wanted: Dead‘s adrenaline-pumping combat, non-combat sections and the chance for Lt. Stone to chill at the HQ to consume food and drinks for buffs gives the game intriguing variety, as well as offering players the chance to soak in more of its rich lo-tech sci-fi world.

“Our latest trailer gives a glimpse of Wanted: Dead in glorious motion and we can’t wait to share more about the deep combat systems that underpin that breathtaking action”, said Founder and Creative Director at 110 Industries, Sergei Kolobashkin. 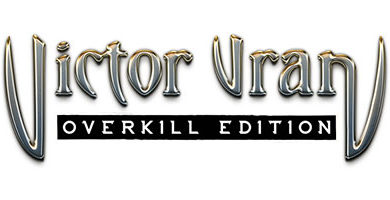