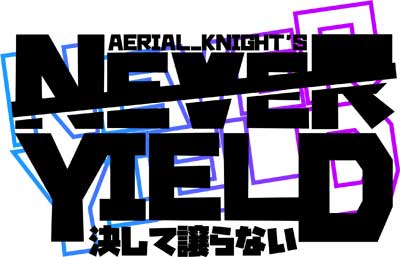 Cologne, May 19, 2021 – The 3D Runner Aerial_Knight’s Never Yield, created by Neil “Aerial_Knight” Jones, will be released today for PC, Nintendo Switch, Xbox Series X|S, Xbox One, as well as PS5 and PS4. The price on each of these platforms will be $ 11.99, € 11.99, and £ 9.99 with a 10% launch discount on Xbox, Nintendo Switch, and PC (Steam, Epic Game Store). The game will leverage Smart Delivery for Xbox platforms and Cross-Buy for PS5 and PS4.
SteelSeries GameSense Support

As one of the first games, Aerial_Knight’s Never Yield is supported by SteelSeries GameSense, which can make your keyboard, mouse, and headset light up in fancy colorful ways, making Wally’s run even more enjoyable! Check out the pictures below, and you’ll immediately know what we’re talking about! More info on Steam.

The last time we told you will be able to get the game’s soundtrack on vinyl, but that was only half the truth: You can now pre-order the vinyl, but you can also get the soundtrack on several digital platforms. Please find the complete list here: https://ffm.to/aerialknightsneveryieldsoundtrack

Headup’s first official live streaming event called “AHEAD” will take place later today. Together with several developers, we’re going to celebrate the release of Aerial_Knight’s Never Yield, and introduce three exciting new masterpieces. We will also update you with more information and some release dates on the story-driven FPS Industria, the narrative adventure Lost At Sea, and our open-world sandbox game Tinkertown.

Take the role of Wally. A mysterious kid out to recover items from his past with the hope of saving what’s left of the future. Hopefully, you’re fast enough to outrun your enemies and expose the truth. Or at least live long enough to see what happens.

Aerial_Knight’s Never Yield is a 3D side-scroller that plays much like a classic endless runner. The game has an interesting story that keeps players always in motion. Run, Jump, Slide or “Dash” for acrobatic variants leading to dope combinations and avoid the challenges that await. Aerial_Knight’s Never Yield is being built for players who love to speedrun games while being an experience that casual players will enjoy as well.

This Soundtrack for Aerial_Knight’s Never Yield is being done by “Danime-Sama” A Detroit artist with vocals from black artists from all over the world.

The developer Aerial_Knight adds: “The game is currently in development by basically just myself with a lot of help from some of my amazing friends when I need it. This is a passion project of mine and I hope you all enjoy it when it’s out.”