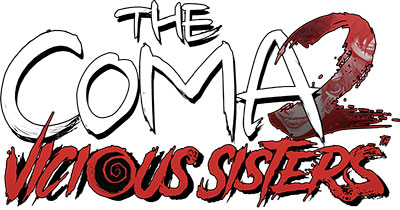 Launching on Steam and GOG for
PC, Mac and Linux on January 28

January 21st, 2020 – Headup and Devespresso Games are pleased to announce the full release of The Coma 2: Vicious Sisters, an atmospheric, story-driven Korean survival horror game on Steam and GOG for PC, Mac and Linux on January 28 at €14.99 / $14.99 / £11.99. The game explores universal themes of friendship, bullying and the pressure to achieve well in a distinctly Korean setting.

The Coma 2: Vicious Sisters continues the dark and sinister adventure from The Coma: Recut with players journeying beyond the deserted Sehwa High School and into the surrounding district. Featuring vibrant, hand-illustrated visuals by Minho Kim combined with a nightmare-fueled story of a relentless slasher by T. L. Riven, The Coma 2: Vicious Sisters precariously balances the urgency of exploration with the need for survival.

Since its Early Access launch in November 2019, The Coma 2: Vicious Sisters received raving user reviews with 98% of the Steam players posting positive reviews and gaining ‘Overwhelmingly Positive’ status in the last 30 days.

New players will not require familiarity with the story from The Coma: Recut. The sequel follows the journey of a new protagonist, Mina Park and her first experience in the Shadow Realm. Those who are familiar with the story will be rewarded for their knowledge of the lore and cameo appearances from returning characters.

The game’s save data will be reset at release, and the game will offer new surprises, hidden rooms, 10 new achievements, and an all-new ending that was not available during Early Access. A new art book, soundtrack, and two skins will be introduced at release which will be available to purchase separately or as part of the bundle:

Two Skins are available at release and will be included in the Deluxe Bundle:
Locks of Love – Featuring an avatar and portraits with a new hairstyle
Winter Princess – Featuring the Sehwa winter school uniform
Additional skins are planned for post-release including ‘School Bully’, ‘Summer Child’, ‘Model Student’, ‘Local Celeb’, ‘Beach Bum’, and ‘Gamer Girl’.

As announced in November, Early Access buyers will receive a free Art Book and an eerie Original Soundtrack at release.

Dangers are hidden everywhere in The Coma 2

About The Coma 2: Vicious Sisters

Mina Park, a student of Sehwa High, awakens in the dead of night in her school. It isn’t long before she realizes that something is amiss. The once-familiar school where she spends her evenings studying looks twisted by something dark and sinister. She finds herself pursued by someone or something that looks eerily like her English teacher. To survive, Mina must venture beyond the boundaries of her school and into the surrounding district. There, she will encounter strange creatures, mysterious strangers, and uneasy allies. 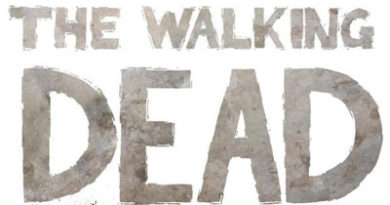 The Walking Dead Final Season: “Take Us Back” Trailer, Ep. 4