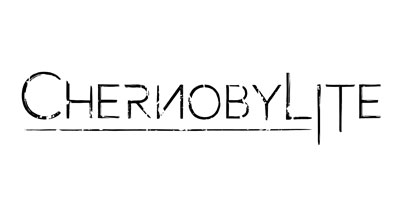 After successful funding on Kickstarter and positive feedback gathered from the gamers during Closed Alpha tests, The Farm 51 developers are about to spread the radiation even further. Chernobylite, a sci-fi survival horror game bending the laws of nuclear physics, is on its way to your PCs through Steam Early Access and GOG with a price point set at 29.99 USD / 24.99 EUR / 23.99 GBP / 99 PLN. Check the new video showing how accurately developers re-created the Chernobyl Exclusion Zone.

Thanks to the great support and feedback from Kickstarter backers playing the Closed Alpha of Chernobylite in September, the game is already optimized and ready to be released in an Early Access version on Steam and GOG. The originally planned price of 36 USD, was not great, not terrible, but developers decided to lower it for much more affordable 29.99 USD. Furthermore, following the idea of non-exclusivity on publishing platforms, the Early Access will be released not only on Steam, but also on GOG through their “Games in Development” program.

Watch the new trailer presenting how the Chernobyl Exclusion Zone was re-created in the game.
After a few years working on an extremely accurate re-creation of the Chernobyl Exclusion Zone, developers prepared a video comparing the real locations with their virtual counterparts. You’ll see there how precisely Pripyat and Chernobyl’s signature places have been digitized into game objects with the help of photogrammetry and other advanced 3D-scanning techniques implemented within their Reality 51 technology.

For a greater authenticity of the world setting, the initial release had all in-game dialogues recorded in Russian, with the help of voice actors from the S.T.A.L.K.E.R. and Metro series before. The game is already subtitled in English and Russian, and the next languages (English and Ukrainian voices, subtitles in French, German, Spanish, Italian, Polish, Hungarian, and more) will be added soon after the Early Access launch.

The full release is planned for the second half of 2020, so be sure to follow Chernobylite’s Steam (https://store.steampowered.com/app/1016800/Chernobylite/) and Discord (https://discord.gg/mehRmzY) to keep up with all news and updates from the developers who are always happy to engage in discussions with their fans. After its Steam release, the game will also appear on other PC digital distribution platforms.

Chernobylite is a science fiction survival horror experience from the team behind the critically-acclaimed Get Even.

The game utilizes Unreal Engine 4 and is based on Reality 51’s scanning technology, which is in development by The Farm 51 for over five years.

Ally or compete with other stalkers of the Chernobyl zone to survive. Remember that life is fragile, and it’s your decisions that determine the fate of your companions. You can spend as long as you need to prepare, however, be aware that your story is still being written. Every passing moment, your chances of success are dwindling: comrades are dying, supplies are running out, or an unexpected patrol could discover you. And on top of all this, supernatural dangers arise around you in mysterious patterns. Each day brings new challenges with the ever-increasing severity of your current situation. Plan your strategy carefully if you want to survive.

PLAY BY YOUR OWN RULES

Craft your gear and weapons to protect yourself from the hostile military personnel and supernatural threats lurking in the zone. Make use of the sophisticated tools at your disposal to aid you in your struggle while navigating the rough and contaminated environment. Stay undetected and gather all the evidence you can to piece together events from the past.
Decide what happens in the world around you by making choices and finding, or avoiding, the truth.

Maintain your resolve and keep your wits about you, the Chernobyl Nuclear Power Plant is not what it once was. No one can foresee the horrors that may have befallen your beloved.

CHERNOBYLITE – MAIN FEATURES:
Explore a beautiful and horrifyingly accurate 3D-scanned recreation of the Chernobyl Exclusion Zone;
Collaborate or compete with other stalkers in the Zone. But whatever you do, never fully trust them. Remember everybody has a hidden agenda. Always;
Face and survive natural and supernatural threats;
Immerse yourself in the thrilling, non-linear science-fiction horror story;
Make good use of your physics and chemistry knowledge to craft your equipment and manage your supplies;
Fight against savage creatures pouring out from an alternate reality;
Investigate and collect data with a set of sophisticated environment and substance-analyzing tools.

Chernobylite is currently under development with Early Access coming October 16th this year. 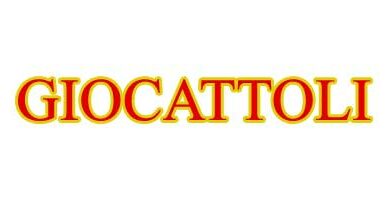