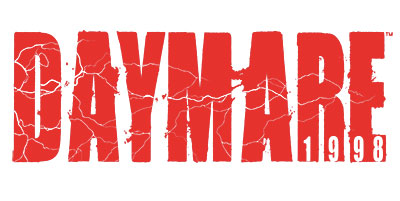 All fans of iconic horror and classic survival horror games – grab your limited ammo, because
Daymare: 1998 is coming to Steam on September 17th for 29.99 EUR/USD. Try out the FREE DEMO on Steam and get a taste of classic 90s nostalgia.

Daymare: 1998 recreates the atmosphere of the most beloved works from the end of the millennium and places you in the middle of a familiar yet fresh story. The plot unfolds through the eyes of multiple characters, putting players in the shoes of different personalities that will guide them through their theories and doubts about the situation. Thanks to backtracking, ammo management, collectible lore items, environmental puzzles, and the overall level of difficulty, players can rewind a couple of decades to where, in their first real daymare, they will be chilled to the bone.

The nightmare lives in the Release Date Announcement Trailer of Daymare: 1998. Check it out and meet Sam, the second of three main characters in the game.
Unlike Liev, who was introduced in the previous trailer, Sam is what you’d call “a regular guy”. He likes his neighbors and has no personal aspirations to attain riches or fame. But he is reliable and does what needs to be done. Sam’s also a respected citizen of Keen Sight, partially a result of his job as Forest Ranger. Although, there is a limit to how much credit you can take for staring off into the horizon and strolling through the woods to make sure the trees are still standing.

Nevertheless, Sam’s a loving husband who adores his wife. If it weren’t for his condition and his need to manage it with pills, he’d probably be the happiest guy on Earth. But that isn’t what he was meant to be. Not after he crosses paths with H.A.D.E.S. Sam was meant for something more. Not for himself, not even for the woman he loves, but for the whole city of Keen Sight.

Invader Studios, Destructive Creations and All in! Games are three partners in crime that have the horrifying pleasure of bringing Daymare: 1998 to your PCs. Take a look at the FREE, all-new demo on Steam (https://store.steampowered.com/app/842100/Daymare_1998/) and catch a glimpse of what’s lurking in a seemingly inconspicuous little town, overrun by terrifying creatures that once inhabited the area as ordinary people.

Daymare: 1998 is a third-person survival horror game with hardcore survival mechanics and unyielding enemies. It requires a strategic approach to combat and puzzles and offers a multi-character perspective of the story, revealing deep and obscure lore.

The scene is set with a secret research facility, a deadly chemical weapon, and a special security team tasked with investigating an incident with the potential to become more than a routine security breach. Follow the steps of an elite soldier, a helicopter pilot, and a forest ranger as they play out their roles in an event that transforms one peaceful small town into a dead-zone and its citizens into bloodthirsty monsters. Take the creatures down first, and then look for any clues or evidence that you can piece together to make sense of the chaos. Keep track of your inventory, as resources will be scarce! Anything can happen when your daymares become real.

• Multi-character POV – see the story from different angles and discover the truth;
• Fearsome enemies – rendered in detail with lifelike animations and dismemberment;
• Realistic HUD – check your inventory, health, and the position of a given piece of equipment;
• Environmental puzzles – finding your way around is not always easy, so look for clues;
• Classic mechanics – limited ammo and save points, backtracking, collectibles, tough enemies, and more;
• Modern graphics and effects – not everything is old-school, thanks to Unreal Engine 4;
• Experience the 90s – the game is an homage to the era, with tons of references.

Daymare: 1998 is set to release on Steam on September 17th this year. The game will cost $29.99/ €29.99. The developers have published a free demo on Steam today (https://store.steampowered.com/app/842100/Daymare_1998/) where players can try the game before buying it. Daymare: 1998 will also be released on PlayStation®4 and Xbox One. The release date for these platforms will be announced shortly. 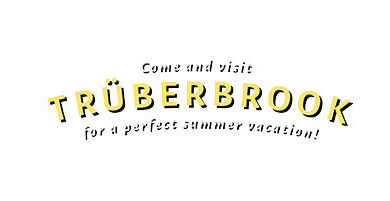