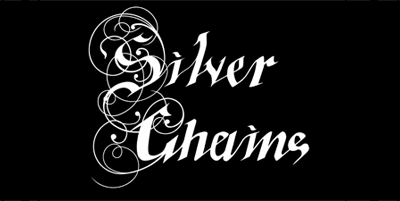 Trapped in Manning Manor,
the Home of Horror

In-depth information about the
disturbing world of “Silver Chains”

July 31st, 2019 – The PC release of Silver Chains on Steam and GOG is only one week away, we would like to give you some more background information directly from the developers Cracked Heads Games. It’s about “Manning Manor”, the gigantic rotten estate where the spooky story will take place:

“As the game opens, the protagonist Peter wakes up in an unknown place after an accident. Searching for help, he heads to a mansion which exudes horror and chill. From the very beginning, we want to show the player that they have no choice other than going to that house. Neither the player nor the protagonist of the game are aware of what they are doing here and what they should expect.

The mansion itself, where the story takes place, becomes a principal character in the game. The house is built in a nineteenth-century European style. The realities and the way of life of the time are painstakingly reproduced, yet they are in a state of desolation and decline. Collapsed ceilings, ragged curtains, creaking floors – all of this serves to build a dismal atmosphere in which the player will spend the following hours.”

“Nonetheless, the fireplaces in the house are still burning, there is a piano you can play, and the exploration of the mansion’s many rooms is frightening and exciting in equal measure. All of this gives the player the ability to perceive the mansion as a full-fledged character in its own right.

The game’s frightening atmosphere is also stressed by the score, whose slow chords will haunt the player to the very end. Certain scenes feature additional music which matches the nature of that particular portion of the game.

In addition, Silver Chains features other characters who will not leave anyone indifferent. Throughout the course of the game, they will scare you, observe you, and make you empathize with them. As we mentioned before, the player, like the protagonist, does not know anything at the start. As they follow the story, the details of the plot will fit together like pieces of a puzzle, revealing the nature of the characters completely.

Creating a suitable antagonist was a major point for us. A terrifying, unkillable monster that curdles your blood. We found our antagonist in the shape of a woman – a terrible monster that pursues the player throughout the game with a murderous intent. She became an excellent way to create the atmosphere where a monster suddenly appears, running at you, and you can do nothing but flee. Of course, we gave the antagonist plenty of background, and the player’s attitude towards her will strongly depend on how much they feel for this woman’s story.”

The content of the game is not limited to screamers and a villain, we found plenty of space for puzzles, too. They are organically connected to the plot and the mansion, preventing the player from disconnecting with the narrative. The puzzles are not complex, all they require from the player is to be attentive and memorize minor details.”

“Key to understanding the plot of the game are pages from a diary which the player needs to collect in order to understand the story in its entirety. These pages are scattered throughout the house, the player will find them one by one, thus filling in the gaps of what exactly happened there. They will be recovered out of order, and so we have put the date of writing on each of the pages. This will allow the players to pause and read all the pages in the diary, like a book, finding answers to all of their questions.

We devoted plenty of attention to the main character, too. His name is Peter, he is a young man, and he ended up in the mansion for a reason. We deliberately went with a first-person perspective and never show the character’s face, all in the name of making it easier for the player to identify with the protagonist and to experience the terror he is feeling.

We are not concerned that some players might unravel the secrets of our story before the final twist. On the contrary, that would feel like a personal discovery, and we are all for it. In any case, the player will reach some ambiguous conclusions. This openness to interpretation would reflect the player’s own view on the narrative, making the story more exciting.”

Silver Chains will release for PC on the 6th of August – console aficionados will be able to feel the horror a bit later with versions for PlayStation®4, Xbox One and Nintendo Switch coming in Q4 2019.