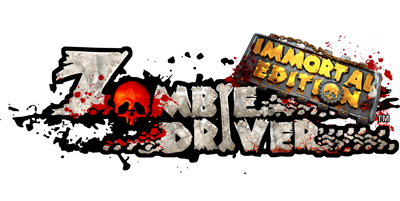 Exor Studios has cooked up a truly awesome gorefest in which you blow away zombies using kickass guns with a variety of upgrades and where you get to employ one of 13 different vehicles, including a bulldozer and a tank! The end of zombie land is finally coming, starting today! Feel free to join.

July 25th, Szczecin, Poland.
Fight your way through the streets of a zombie-infested city to save the survivors of a disastrous chemical accident that changed most of the city’s population into mindless, brain-hungry monsters. Time is the enemy, and your car is a weapon as you race through the streets smashing everything in your path, including fences, phone booths, street lamps, and hordes of zombies. If you get tired of rescuing people, take part in the Blood Race tournament. Chase other cars and take them out mercilessly on special racing tracks populated with the zombie horde. Earn loads of cash while you progress through the events, unlock new rides, and purchase weapons of mass destruction to become the ultimate Blood Race champion. If car chases and speed runs are not your thing, jump into Slaughter mode, where your objective is to survive as long as possible while ramping up enormous kill combos and annihilating endless waves of zombies in specially crafted arenas.

Zombie Driver: Immortal Edition is an insane mix of cars, speed, explosions, blood, and zombies! Fight through an epic narrative campaign, or test yourself in the Slaughter and Blood Race modes. Engage huge bosses, save survivors, drive crazy vehicles, such as a bulldozer, fire truck, or even a tank, and smash everything in your way. Take part in the Blood Race tournament – chase other cars and take them out mercilessly on brutal racing tracks. Jump into Slaughter mode and survive as long as possible in specially crafted arenas.

– Epic boss fights with enormous mutated zombies.
– Defending key targets against huge waves of zombies.
– Racing against time to rescue survivors.
– Transporting dangerous cargo.
– Spraying anti-zombie repellent around town.
– 13 different vehicles to drive including a fire truck, a bulldozer, and even a tank.

– Race – classic racing spiced up with guns and loads of zombies.
– Eliminator – take out as many vehicles as you can before the time runs out.
– Endurance – there’s a bomb on your car and it’s ticking. Race through checkpoints to extend your time.

– Fight through endless waves of zombies.
– Upgrade your car on the fly.
– Kill thousands of zombies.