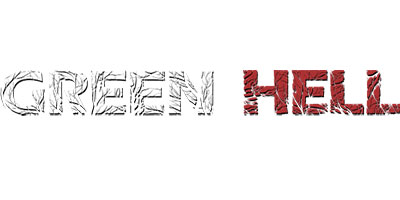 Warsaw, Poland – March 12th, 2018 — Originally scheduled to release out of Early Access in late Winter 2019, Creepy Jar has announced that Green Hell’s ‘1.0 Story Mode’ has been delayed to Summer 2019. Enjoying a string of successful updates so far, the development team has decided that in order to continue to deliver the best experience possible that a short delay is in order.

While a precise release date for 1.0 has not been decided on, the team at Creepy Jar will be taking the extra time to bring Green Hell to the Unity 2018 engine from the current Unity 2017 engine. Featuring the much anticipated Story Mode, a massive map expansion, new enemies, and more, the engine upgrade will result in a better looking experience, and a smoother, much more optimized final product. Not only that, as part of their ongoing relationship with their community, Creepy Jar wants to continue listening to and implementing some of the amazing suggestions provided by their dedicated player base.

In the meantime, fans can look forward to the Mud Update which will arrive within the next few weeks! Featuring new items and crafting alongside the addition of mud-based buildings and apparatus, the Mud Update aims to continue Creepy Jar’s track record of providing quality updates with the players in mind. More information on the Mud Update will arrive soon!

Key Features
Realistic Survival Simulator – Green Hell puts great focus on realism in both its world building and gameplay. Everything that is crafted or built is necessary for survival, and was consulted on with experts. The Amazon is not a typical forest; threats are literally crawling under your skin.
Psychological Thriller – Waking up in the middle of the Amazon with no recollection of how you got there or how you’ll get out, the hardest battle you’ll face is the fight against yourself and your weaknesses and fears.
Fully Alive Amazon Rainforest – Every effort has gone into recreating the lush world of the Amazon in painstaking detail. An exotic and dangerous place, this jungle is filled with many hazards beyond predators including toxic plants, illnesses and infections, all waiting to bring the player to their demise.
Body Inspection – Dangers lurk around every bend but they also live under your very skin. Paramount to your survival is checking your body for parasites, infections, and wounds. Take care or suffer the consequences.