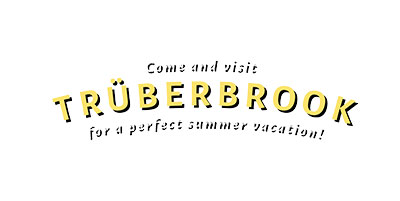 We can´t wait for release day next Tuesday and are evenly, if not more exited for the award ceremony on the 9th of April.

Trüberbrook will be released on Steam on March 12th, console players will start their journey on PlayStation®4, Nintendo Switch and Xbox One on April 17th.

With its superbly unique visual style, German charm, and a thrilling story of the likes of Twin Peaks and X-Files, Trüberbrook comes as a modern adventure game appealing to fans of the genre and everyone who like to see a fresh artistic experience. The game was crowdfunded and reached its goal on Kickstarter within only 30 hours, amassing over $200,000 in total. 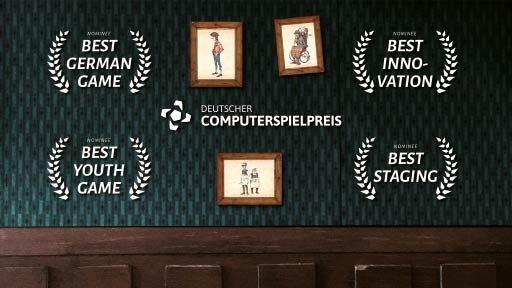 Trüberbrook is a thrilling mystery-sci-fi adventure game. Enjoy an adventurous vacation to a 1960’s parallel universe! A Sci-Fi-Mystery Adventure Game with handmade scenery.

Imagine yourself on a vacation to Europe in the late sixties. Now, picture yourself as a young American scientist; Hans Tannhauser. Yes, that’s your name in this scenario. While you’re at it, think of Trüberbrook, a remote village in rural, mountain-sloped and densely forested cold-war Germany. Because, that’s where you somehow end up after hitting the continent. But who cares, you won the trip in a lottery! Or at least, that’s how it seems. But don’t fear, instead of getting some rest, you could find yourself having to save the world…