Track down 25 dangerous sea monsters in this post-apocalyptic
submarine shoot ‘em up, presented in a highly unique art style

18th January, Dueren, Germany – After its debut on consoles, Earth Atlantis makes its way to PC. The fierce hunt for sea monsters will be released on 29th January. Players who don’t want to miss this one-of-a-kind shoot ‘em up can already add the game to their Steam wishlist. Earth Atlantis will be available for $14.99, €14.99 or £13.49, minus a 20% launch discount for the first days.

Explore mankind’s destroyed and sunken main capitals, ruins of steel and stone resting deep down at the bottom of the sea. Earth Atlantis’ impressive underwater world is inhabited by terrifying sea monsters, hybrids of machines and creatures of the deep that were only known from fairy tales and rumors among sailors…

You’re going to hunt these monsters in challenging fights using four different types of submarines – each equipped with individual weapons for different hunting styles. Enjoy a unique art style reminiscent of old explorers’ sketchbooks from the 16th century, a time when the seas were yet to be explored completely.

Best version ever: Re-balanced gameplay mechanics, resulting from user feedback from the earlier console versions, make Earth Atlantis more enjoyable than ever: Retro fans will be happy to hear that they can also use the d-pad for steering their ship on their controller, while many game elements are now much more intuitive and easy to use for non-hardcore shooter players as well.

Explore a sunken ancient world and face the gigantic “Megalodon”.

“The Great Climate Shift” struck at end of the 21st century. Ninety-six percent of the earth’s surface is underwater. Human civilization has fallen. Machines have adopted the shape and form of marine animals. The ocean is full of creature-machine hybrid monsters. You are a “Hunter” and the new journey begins…

Earth Atlantis is a side-scrolling shooter with an original “Monster-Hunting” gameplay. Search and hunt down dreadful sea monsters and explore the post-apocalyptic underwater world. Unlock multiple ships with special weapons and abilities for your journey and become a legendary hunter!

The game features the visual style of old sketches, reminiscing the 16th century, a time where ocean exploration commenced and the sea was believed to be inhabited by fantastic as well as dangerous creatures. Now, once again, the world has to be discovered. Board one of four individual submarines, each with different advantages and weaponry, and hunt down huge bosses in fierce battles.

Earth Atlantis won the “Vermilion Gate” Award (Best in Show) during the 5th BitSummit 2017 in Kyoto, as well as the “Excellence in Art” Award during BIC Festival 2016 in Busan. 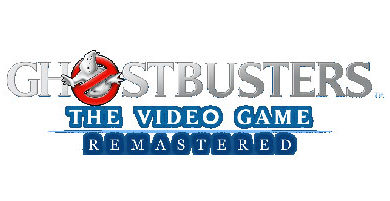