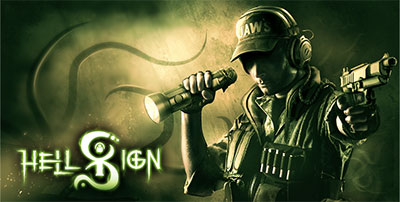 AUSTRALIA — September 27, 2018 – Launching on to Steam Early Access on November 7, 2018, HellSign is set to step into the annals of history with the likes of The Winchesters and Buffy with their chilling take on the monster-of-the-week genre.

Horrifying, but well known, insects and reptiles aren’t the only thing hiding in the Australian wilds – In a bid to brace players for the horrific monsters-of-myth they are set to face during their perilous playthroughs of HellSign, the developers at Ballistic Interactive have put together a beastly primer on the scares they’re likely to encounter during their hunt to in the outback.
A HORRIFIC BEASTIARY
REDBACK HUNTSMAN SPIDER – Just your average Australian spider… save for the fact that its fangs span the size of mammoth tusks and project a deadly venom that will bring even experienced Hunters to their knees. Usually enough to ruin a good day out.

SHADOW BEAST – A dark shadowy presence with bright red eyes and a thirst for blood. Usually found in the darklands, the Shadow Beast hunts their prey in packs. In areas with high paranormal activity, can sometimes tear through dimensions and appear on Earth.

INTERDIMENSIONAL MIMIC – A carnivorous creature that preys on the fear of humans. Spawning from the depths of the altered dimension and devouring anything in sight with a voracious hunger.

PROTOZOAN PARASITE – And here you thought ringworm sounded like a nightmare. A three headed beast that feeds on the innards of humans – while they’re alive no less. Once done eating their fill, this abhorrent horror lays its larvae which, in time, rends through its host’s skin from within and unleashes the beast inside.