Canadian developer and publisher Digital Extremes released a powerful new Warframe® update today for Xbox One and PlayStation®4 entitled Mask of the Revenant. Led by the Eidolon-inspired Warframe, Revenant, this majestic new warrior can convert and control hordes of enemies and spins into a flurry of Sentient light energy to obliterate his foes. Revenant is the second Warframe to be released in 2018 and the 36th overall.

The long-awaited Frame Fighter is ready for you. The real question is, are you ready for it? Originally envisioned by concept artist Keith Thompson while designing the colossal Eidolons for last year’s Plains of Eidolon, the Revenant Warframe continues the development team’s exploration of the ‘darker’ Warframes. Mixing Eidolon light energy into its aesthetics and weapon design, Digital Extremes’ dev team has created a warrior possessing Sentient-afflicted Abilities and weapons.

Key features in the Mask of the Revenant Update include:

The Revenant Warframe — Abilities:
ENTHRALL: Convert a target into a zealous thrall. Thralls turn on their allies and enthrall through damage. On death, they disintegrate into a damaging pillar of energy. The thrall horde remains under Revenants spell until this ability runs out.
MESMER SKIN: Become enveloped in Sentient energy, redirecting damage and stunning all those who dare attack. Stunned enemies can be Enthralled at no energy cost.
REAVE: Dash through thralls as a wall of sentient energy, leeching shields and health from any encountered, doubled for thralls.
DANSE MACABRE: Erupt with a multitude of Eidolon energy beams and sweep a circle of death around Revenant. Incoming damage is redirected to the beams. Hold fire to boost range and damage, while also increasing energy consumption. Thralls killed by this leave overshield pickups.
Reinforcements: Look forward to wielding the Phantasma shotgun, trying on the Vetala Armor and Vania Alt Helmet, outfitting your Kavat with Kasha Kavat Armor and playing with new Dojo Decorations.
But that is not all: Frame Fighter has arrived! This light fighting mini-game is inspired by classic fighting games and long-time Warframe Fan LocoCrazy_! Prepare your fists for action and rain down a flurry of light, medium, and heavy attacks with one of the 35 Warframes available to play, each with a special Ability unique to it.

To access Frame Fighter, visit Cephalon Simaris and acquire the Ludoplex — a new home “cabinet” for all of Warframe’s mini-games — through Standing. Choose from Excalibur, Volt and Mag, each with their unique Ability. Unlock additional Frame Fighter characters by discovering Fragments throughout the game. If the scanned Warframe’s Prime is in your Inventory, you can toggle to the Prime version of the acquired character.

Additionally, blast enemies in the side-scrolling ‘Wyrmius’ mini-game and flap your way through obstacles with the ‘Happy Zephyr’ mini-game, both available through Simaris. These games are still available through more secret means, if you know where to look! 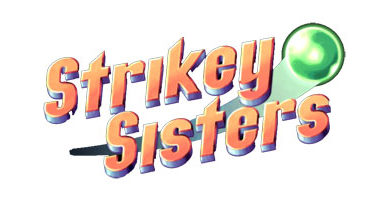