Aside from the game itself, both boxes contain several physical extras:

Wonder Boy: The Dragon’s Trap is a beautifully hand drawn and animated remake of the unforgettable Sega Master System game Wonder Boy III. Cursed and turned into a half-human, half-lizard monstrosity by the Meka Dragon, our hero will have to explore the many traps of Monster Land in order to find a cure. The game’s developer, Lizardcube, reverse-engineered the original game in order to faithfully replicate the character movements, item drop logic, secret door locations and much more.

The Switch and PS4™ versions of Wonder Boy: The Dragon’s Trap are presented in widescreen HD, with enhanced interface functions, a new playable character (Wonder Girl) and the option to toggle between the all-new hand-drawn visuals and the original graphics and sound. 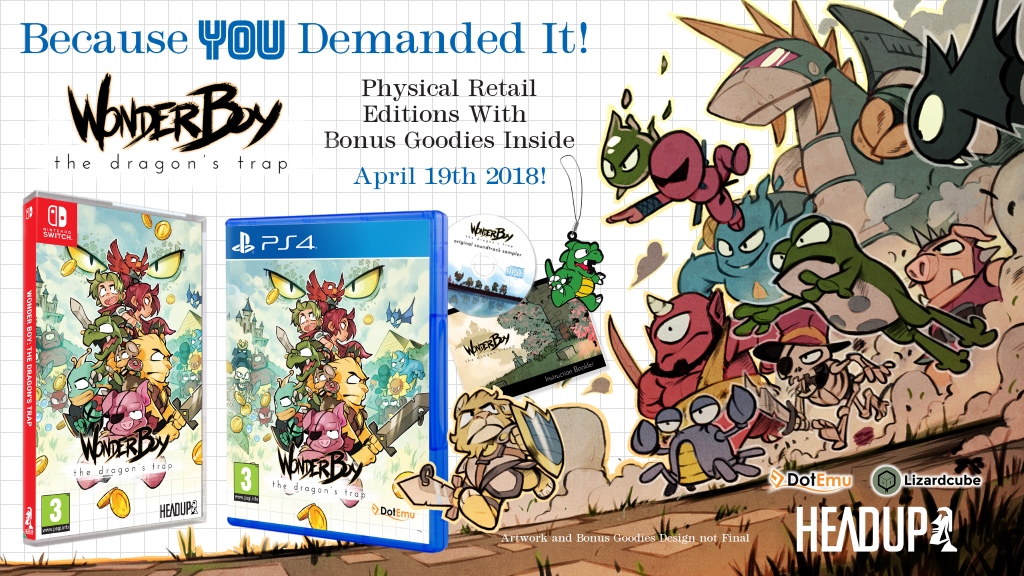