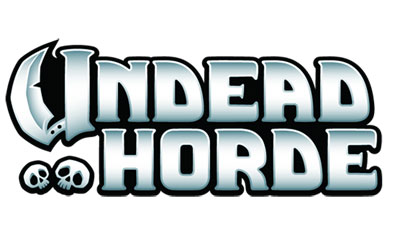 Undead Horde is an action RPG where the focus is on items and controlling a horde of undead underlings. Become a necromancer and drive the living back from your ancestral lands. Rise from the catacombs, grow in power and take back your lands.

You are necromancer with the ability to raise the dead. Slay your enemies and make them your underlings. From a horde of undead footmen to a mob of undead giants. However, not all enemies can be assimilated into your army – gelatinous cubes are mindless and they will just melt after death…

Find, buy and steal epic items to become ever more powerful. Equip up to six items: two in hand and six in shortcut slots. Items vary from common swords to powerful magic items. Some will require you to become a powerful necromancer to use them. There’s an endless number of items to find so you’ll never (or most likely ever) encounter the same item twice!

Make your way through the kingdom and crush the empire of the living! You will start as a novice necromancer with weak powers and a small following. To conquer back the kingdom of man, you must become powerful and command an undead horde growing more powerful after each level.

Undead Horde was prototyped in late 2017 and early 2018. At the time of announcement (February 2018), the game is in alpha stage of production.