Karlsruhe, Germany, March 24th , 2014 – TopWare Interactive AG and Gaijin Entertainment are releasing “Skydive: Proximity Flight” as an Arcade title on the Xbox Live online entertainment network for the Xbox 360 games and entertainment system from Microsoft. This extreme sports experience, inspired by authentic BASE jumping action, has been available for download since 03/14/2014

“Skydive: Proximity Flight” can be played using the classic Xbox 360 controller or Kinect for Xbox 360. The arcade title allows a much wider range of movement than what a jumper in a real-life wingsuit would experience, allowing players to pull off flight maneuvers at blinding speed as they glide over canyons and mountains all over the world.

Real skydiving pros, including Jokke Sommer, Andrey Boldyrev, and Halvor Angvik, have helped to bring to the title a realistic feel for the break-neck action of this high-adrenaline sport. Enhanced flight physics allow for daredevil stunts, even those no one has ever tried and lived to tell about. Whether stunt flying, free flying, or racing against up to three opponents, jumpers in “Skydive: Proximity Flight” soar through diverse locations, from the Grand Canyon to the Bernese Alps. Each jump site offers unique aerodynamic challenges and opportunities to score points. Using Kinect, players can experience the thrill of free fall in their own living rooms without risking bodily harm.

Features
Xbox 360 players can take control of the action using the classic Xbox controller or their entire bodies with Kinect.

Adrenaline Race: Fly against AI opponents at breakneck speed, or use the  leaderboard function to see how you measure up against your friends. Perform daredevil flight maneuvers and stunts to charge your adrenaline, and use it to accelerate even faster.
Route flight: Follow progressively more difficult routes and collect as many points as you can by flying through targets.
Trick: Push your score to dizzying heights by performing as many complex stunts and daredevil maneuvers in a row as possible.
Freestyle: Choose from any of the game’s locations to create your own challenges and routes for your friends. Share your adventures with the game community. 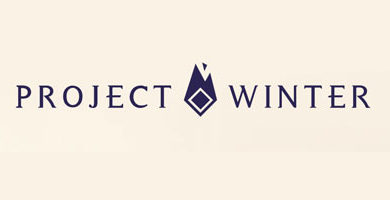