Save the Dogs, Save the World in The Last Friend, Launching September 30th for Nintendo Switch and PC

SAN FRANCISCO – August 31, 2021 | Today, Skystone Games and Stonebot Studio are wagging their tails about the launch of The Last Friend coming to Nintendo Switch and PC on September 30th, 2021. To celebrate the news, a brand new pre-order campaign is underway which will allow a limited number of players to immortalize their own dog inside the world of The Last Friend. A special free demo of the final game – The Last Friend: First Bite – is coming soon to Steam, Epic Games Store, and Nintendo Switch.

In a limited run of just 400 units, the “True Frens” Edition of The Last Friend will give you the chance to work with Stonebot to bring your dog into the game. Does your pal Rex or Snowball have what it takes to be one of the many faithful four-legged compadres of our hero? The True Frens Edition is available now for just $49.99 on The Last Friend official site.

Additional packages are available in unlimited quantities: Frens Furever and My Buddies will grant the game and a few additional pre-order bonuses such as a digital soundtrack, art book, and more. More details are available at the site.

“The Last Friend has been a labor of love – not just for games, but for our pets,” said Carlos Martinez, Producer at Stonebot Studio. “We feel we’ve made something that can be enjoyed by every lover of dogs, and every fan of great indie games. We can’t wait to finally share it with the world this September.”

About The Last Friend

Seamlessly blending both the arcade action of games like Streets of Rage with the strategical thinking of titles like Plants vs. Zombies, The Last Friend quickly becomes a battle of man and canine standing stalwart against the end of the world. The Last Friend brings in a horde of super-powered dogs to help players drive back the violent mutants and gangs of the apocalypse in a fun, fast-paced hybrid of Brawler and Tower Defense.

You’ll work your way across a vast dystopian, wasteland rescuing doggos who will in turn help you save the world in your roving battle station of conversion van that would make Harry from Dumb and Dumber incredibly jealous. 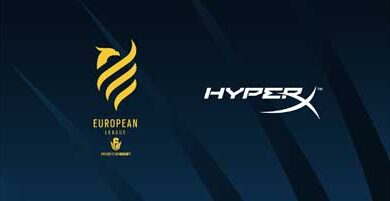