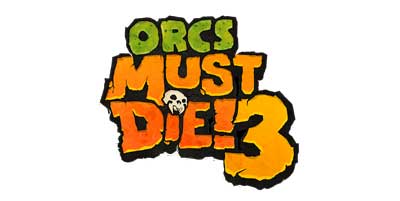 ON XBOX, PLAYSTATION AND STEAM

PLANO, TX – JULY 23, 2021 – Robot Entertainment, an independent development and publishing studio, today launches Orcs Must Die! 3 on Xbox One, Xbox One Series X|S, PlayStation 4, PlayStation 5 via backward compatibility, Steam, and with streaming via GeForce NOW. The critically acclaimed series that’s been enjoyed by over eight millions players is now available for console and PC players to unleash orc-devastating mayhem.

Orcs Must Die! 3 brings a brand new campaign and story to the world’s #1 orc-murder simulator. In addition, players will have access to new weapons and traps, and can use them in an all-new challenging and lethal Scramble Mode, where our heroes must adapt to and overcome a series of challenges and modifiers that add new excitement to the battlefield. Also new to the franchise are War Scenarios and War Machines, featuring massive scale and destruction. Fan favorites such as Weekly Challenges and Endless Mode return to add even more orc-slaying fun.

ABOUT ORCS MUST DIE! 3
Orcs Must Die! 3 ushers orc-slaying mayhem to a previously unimaginable scale. Solo or with a friend by your side, arm yourself with a massive arsenal of traps and weapons. Slice, burn, toss and zap hordes of repugnant orcs in this long-awaited successor to the award-winning series. New to the series, War Scenarios pit players against the largest orc armies ever assembled. Mountable War Machines give players the essential firepower to heave, stab, carbonize, and disarticulate the abominable intruders. Orcs Must Die! 3 originally released as a Stadia exclusive in 2020 and this version of the release includes all new content, features, and improvements as well as all previously released Stadia content including the Drastic Steps campaign.