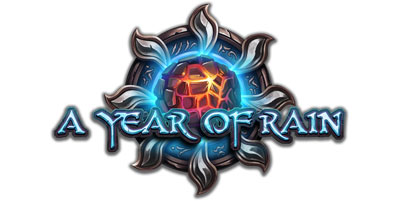 HAMBURG, Germany – Sept. 19th, 2019 – The PC closed beta of publisher and developer Daedalic Entertainment’s upcoming team-focused real-time strategy game A Year Of Rain kicks off today. Due to huge interest from fans, Daedalic has increased the number of slots allocated for the closed beta, allowing more testers to gain access over the next three weeks.

Players can register for a chance to join closed beta at https://beta.ayearofrain.com.

Daedalic has also revealed new information about the four Heroes of House Rupah, one of A Year Of Rain‘s three playable factions. Faction leader ‘Lord Jaidee Rupah’ (only playable in campaign mode) is skillful with his sword and a master of conviction and influence. ‘Paladin Killian Morningview’ is a veteran of many battles, reflected by the scars on both her body and soul. ‘Ranger Morrig Fogvale’ is a northern dwarf and skilled hunter who doesn’t fear death. And ‘Spark Mage Shen the Scarred’ is dedicated to the element of fire, leaving her foes unrecognizable after battle. Find more information about House Rupah at https://www.ayearofrain.com/en/game/house-rupah.html.

You can see House Rupah and the second, already introduced faction, The Restless Regiment, in action in the Undead Champs Tournament’s Grand Finale, which will be streamed on September 28 on Twitch at www.twitch.tv/wardiii. Previous rounds in the competitive series can be watched by VOD at www.ayearofrain.com/en/news/undead-champs-2019.html.

A Year Of Rain combines classic real-time strategy elements with a strong focus on teamplay and hero units. The game’s co-op campaigns and online and offline modes are designed with a team of two players in mind. The classic 2v2 Skirmish mode has been developed for competitive matches from the very start and is already being tested by top strategy players worldwide. The game’s Against All Odds mode is an innovation in the genre, where two lone heroes face two entire armies in a battle for survival.

A Year of Rain is expected to launch later this year. To keep track of the latest news about A Year Of Rain, please visit: