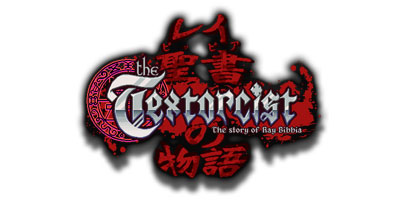 The Textorcist: The Forgotten Relics

The new content was just released, in it you will find dozens of new ways to textorcise the hell out of people, but now at your personal leisure! A lot of new game-changing items and two new game modes crank up the replayability to a new max. Let’s check out the details:

Boss Rush
After finishing the game, players will unlock the Boss Rush mode by continuing the game. This mode can be accessed from the title screen and features all bosses in a row inside a new arena, with its own leaderboard and Trinkets enabled.

Players start with 0 slots and by simply progressing with the story they will gain slots up to a maximum of five. Trinkets can be equipped at the wardrobe in the hub. While equipping those, some simple rules are applied: players cannot equip as many Bonus Trinkets so the Score percentage is equal or less than 0%. Only one Action Trinket can be equipped at a time (Action Trinkets are activated by pressing SPACE), and the Monocle is the only Trinket used to access Hardcore Boss Fights and it’s the only Trinket that must be equipped alone.

The Monocle and Hardcore Boss Fights
After finishing the game, players will get the Monocle (31st Trinket) by continuing the game after watching the cutscene. This particular Trinket comes with a stone to be found in the hub. By equipping this special Trinket, players will be granted access to the Hardcore Boss Fights accessible from the world map. Hardcore Bosses are the same story bosses, but they behave as follows: all moves are shuffled, the bosses attack relentlessly without down-times, spells are shuffled, players have only one life. After beating a Hardcore Boss, the stone in the hub will gain a new piece until completion. With the Monocle equipped, the player’s score is highly raised and goes in the same leaderboards as the story mode.

About The Textorcist
Get ready for an electrifying mix between a bullet game and a typing hell! Dodge bullets while typing exorcisms and jump into the adventure of Ray Bibbia, a private exorcist who’s going to face the threats of a demonic outbreak and deal with his sinful past at the same time! A city in decay, streets filled with thugs and only one man to stop it all. Groundbreaking gameplay, exorcists, demons, the Pope and tons of hardcore action-filled boss battles for the first type em up game ever realized.