Switch out your parts on the go; TerraTech coming to Nintendo on 29th May

London, United Kingdom – 15th May 2019 – Payload Studios is delighted to announce that its creative and innovative sandbox title, TerraTech, is heading to Nintendo Switch on 29th May 2019. TerraTech can be found on the Nintendo eShop.

Following on from the PC and console releases, the Nintendo Switch version of TerraTech continues to provide joy and inspiration in design, creativity, exploration and combat, only this time players can take the fun with them. Included are the single-player game modes Campaign, Creative and Gauntlet.

Payload Studios founder Russ Clarke said: “Even before the success of TerraTech on PC , PS4 and Xbox One, we knew that the Switch would be a great platform for the game and we’re excited to bring the game to Nintendo fans everywhere. The inherent creativity and colourful nature of the game make it a perfect fit and I’m happy that so many people will be able to continue building even when they’ve left their living room.”

TerraTech is also available for purchase on PlayStation 4 via the PSN Store, Xbox One via the Microsoft Store and PC via Steam. 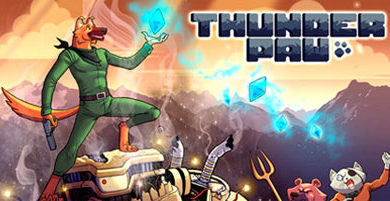