Hong Kong – February 18, 2019 – Independent developer and publisher, Eastasiasoft Limited, alongside Taipei based developer, Softstar Entertainment, today announced that Sword & Fairy 6, the popular Chinese 3D fantasy RPG is coming to the PlayStation®4 computer entertainment system on April 2nd in North America and April 3rd in Europe and Asia. In Sword & Fairy 6 players will immerse in a stunning world of Chinese mythology and embark on a journey to uncover ancient secrets and slumbering beasts in a world torn by warring factions and deception.

Sword & Fairy is one of the most popular role-playing game series in China, with a total of eight instalments, enjoyed by millions of players. The franchise was also adopted into the Chinese television drama Chinese Paladin.

*£ price is indicative and subject to change

Sword & Fairy 6 is an RPG set in a stunning world of Chinese heroism & fantasy come to life.

Embark on a journey to uncover ancient secrets and slumbering beasts in a world torn by warring factions and deception. Freely explore a world of hidden items and abandoned paths while customizing your party and weapons to your heart’s desire!

Choose the playstyle of your characters and weapons, combining unique attributes and combinations – and even morphing the way your weapon looks and attacks!

Fuse real-time and turn-based combat to one, with options to freely select what suits your playstyle. Command the battlefield with strategic formations on your quest for answers! 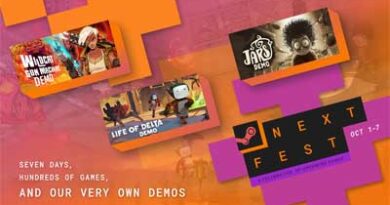