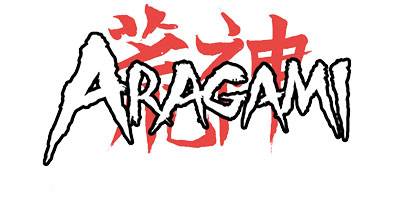 Become the Ultimate Assassin in Aragami: Shadow Edition, Out Now on Nintendo Switch

February 21, 2019, Manchester, UK — Merge, an independent video game publisher and distributor, and indie developer Lince Works, are proud to announce that Aragami: Shadow Edition is now available on the Nintendo Switch in both physical and digital versions. Including the base version of Aragami, plus the Aragami Nightfall expansion and all available DLC, the Shadow Edition is available digitally in the Nintendo eShop for $29.99/£24.99/€29.99.

Aragami casts you as an undead assassin with the power to control the shadows. By manipulating the darkness you will be able to teleport via the shadows, create new paths to reach your targets, materialize weapons and abilities and even summon shadow beasts to dispose of your foes. Heavily inspired by old-school stealth games like Tenchu and Metal Gear Solid, and more recent gems like Mark of the Ninja and Dishonored, Aragami puts an emphasis on bringing back the challenge these games ought to offer.

Aragami is built around two contrasting playstyles, which players can freely change between without the game punishing them for doing so. Use your powers to play as a Ghost, remaining undetected and getting to your target without a whisper. Or play as a Demon, slaying everyone in your path, using your powers to wreak havoc on your foes.

Aragami: Shadow Edition for Nintendo Switch includes the original base game, the Aragami Nightfall expansion and all the available DLC. The game and expansion both support full two-player online co-op that is compatible cross-platform with PC and Xbox.

The Last of Us – I dettagli dell’aggiornamento 1.07