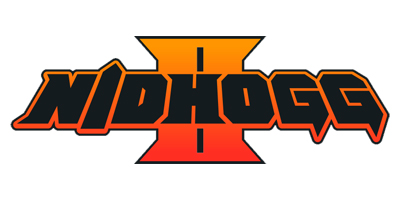 November 22, 2018 – The wurm is a giving and benevolent entity, and is hitting the road. Nidhogg 2 is available now on Nintendo Switch, allowing would-be meat sacks everywhere to duke it out on the go. On the bus, in a park, or trapped in the dank, godforsaken dungeons of a lost civilization, the wurm welcomes your tribute.

Whether you feel the urge to play in Handheld Mode, docked and on a TV, or on the Switch itself with Joy-Cons in hand, Nidhogg 2 has you covered (in gore, most likely). Stab, slash, throw, slide, divekick, impale, roll, cleave, shoot, and sprint your way into the wurm’s good graces – and stomach – in this fleshy game of tug-of-war.

Nidhogg 2 is available now for Nintendo Switch, PC (Win/Mac), PS4, and Xbox One