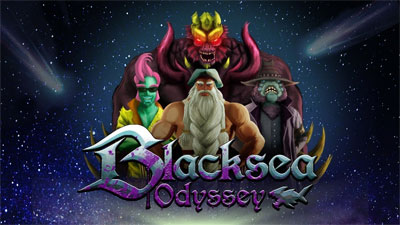 1 November, 2018 – Indie publisher Digerati is pleased to announce that the space harpoons and cosmic beasts of top-down rogue-lite shooter Blacksea Odyssey will be arriving on Nintendo Switch this holiday season.

The game will release Thursday 20 December and will be available to download from the Nintendo eShop with a 20% launch discount for a limited time.Blacksea Odyssey | Trailer | Nintendo Switch

Created by developer Blacksea Odyssey, LLC, and previously released on Steam, PS4 and Xbox One, this unique action game pits space-faring hunters against the universe’s most dangerous beasts in the titular tournament.

The hunt is on! Get ready to battle colossal space monsters in Blacksea Odyssey, a savage, top-down rogue-lite shoot ‘em up RPG.

The greatest huntsmen in the universe have gathered for the Blacksea Odyssey – a legendary tournament that plunges competitors deep into the cosmic abyss on a deadly hunt for the most fearsome creatures that dwell within the void.
Key features

The HumbleBundle Store – Tropico 3 in regalo

Sony annuncia i giochi gratuiti per i possessori di Playstation Plus