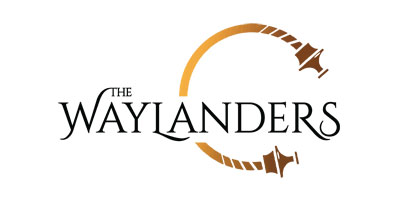 Watch the First Live Stream of Fantasy RPG The Waylanders

Surprise! This Thursday, October 25th will be an important date for The Waylanders’ ongoing Kickstarter campaign. They’ll be live on YouTube and they’ll be showing show you real-time gameplay from The Waylanders’ pre-alpha demo.

You have lots of reasons to watch it live — The Waylanders’ Game Director and one person from the art department will play The Waylanders pre-alpha, and they’ll be prepared to answer your questions. We invite you to watch it and enjoy the gameplay session!

OCTOBER 16, 2018 – Announced in August 2018, The Waylanders has seen its development team at Gato Salvaje Studio hard at work preparing for the launch of the game’s Kickstarter campaign which is going live today! With former Bioware lead, Mike Laidlaw (Dragon Age: Origins, Jade Empire, Mass Effect) on board as a creative consultant (as well as a few other high profile writers we can’t mention yet), The Waylanders is aiming for a $150,000 USD goal and will provide players with an engaging narrative featuring impactful character development, unique companion romance options, and a deeply technical combat system.

An exciting fantasy RPG, The Waylanders showcases a unique, party-based experience that time travels between two distinct eras — Celtic and Medieval — covering a rich history that has been largely overlooked in video game lore up to this point. Choices made in one time period can have dire consequences in the other, meaning players will feel the impact of their decisions in surprising and shocking ways.

One of the game’s biggest features is its new and innovative approach to battle with the inclusion of combat formations. Fusing combatants together into a combined, more powerful character offers players a deep combination of tactics when approaching conflict. You can find out all about the combat formations in the Kickstarter video and in this video taking a first look at combat formations;