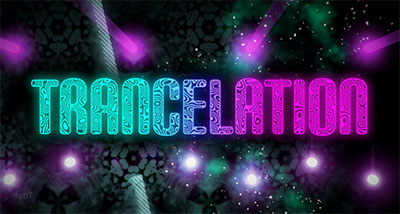 MythicOwl studio has just announced that their newest production, Trancelation, is now available on Steam’s Early Access! It’s a one of a kind mix of a language learning game and a flashy arcade that packs the best of both worlds!

Trancelation is an arcade game set in a world of fractals, filled with electronic music and neon-esque atmosphere. It is designed to improve our language skills and help to memorize new words. Dynamic, constantly changing environments require players to focus and carefully asses words that pop up on the screen. While navigating through each level, they need to watch out for enemies and closing in walls!

Watch Trancelation’s Steam Early Access Launch Teaser Trailer
According to developers, Early Access launch is a great way to gather player’s feedback and continue improving the game, together with the community. Trancelation already received lots of praise during PGA 2017 and developers plan to build on this good reception by adding new features and polishing gameplay mechanics.

The newest MythicOwl project includes about 200 vocabulary lists in 7 languages (English, Spanish, French, German, Russian, Chinese, and Polish) so everyone can test their skills straight away. Apart from that, players are able to create and share their own word pairings, adding lots of custom made content from the very start of the Early Access launch. It is also possible to import existing vocabulary lists from the most popular language learning apps!

Dive into a dynamic world of linguistics, or simply add Trancelation to your wishlists on Steam here and see how the game develops, leaving your classic dictionaries behind!

• A one of a kind mix of classic arcade game and language learning platform
• Fast-paced, engaging gameplay set in a neon, fractal world
• Word association challenges to boost your linguistic skills
• Challenges designed to help you recall foreign words immediately
• A soundtrack that mixes the best of the electronic and trance genres
• An energetic atmosphere drowned in neon esthetics
• The possibility to create your own vocabulary lists and share them with others – infinite amounts of new content! 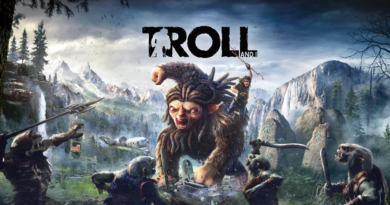 Troll and I is Out disponibile per PlayStation 4, Xbox One ePC