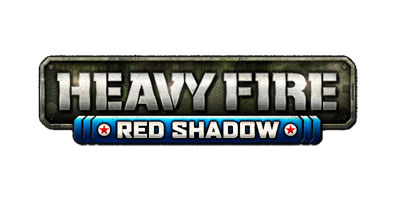 Xbox One News Video
16 Ottobre 201816 Ottobre 2018 Alessandro Montoli
Heavy Fire: Red Shadow Now Available On PlayStation®4, PlayStation®VR, and PC;
Coming to Xbox One October 19
Mastiff’s 360 Degree Fixed-Position First-Person Shooter Offers White-Knuckle Arcade-Style Action
SAN FRANCISCO – October 16, 2018 – Attention, recruits. Today, video game publisher and developerMastiff is proud to announce that Heavy Fire: Red Shadow,the next action-packed installment in the Heavy Fire series, is now available for download on the PlayStation®4 computer entertainment system from Sony, PlayStation®VR for PS4™, and Steam® for Windows PC. Heavy Fire: Red Shadowwill be released on the Xbox One family of devices, including the Xbox One X, on October 19.
Additionally, a PS4™ special edition of Heavy Fire: Red Shadow is available exclusively at Walmart for $19.99, and includes the PS VR version of the game at no additional cost – a $9.99 savings.
About Heavy Fire: Red Shadow
Set in the not-so-distant future, tension between a bold North Korea and the United States have been stretched beyond their breaking point.
In Heavy Fire: Red Shadow players lace themselves up in the tattered combat boots of Sgt. Will, who narrowly survived a North Korean missile attack on Guam designed to knock out its defenses, and now finds himself almost single-handedly trying to repulse a large-scale North Korean raid.
Step onto the unforgiving battlefield, establish a beachhead, and holdfast behind a turret-mounted machine gun. A brutal and unceasing onslaught of enemy forces will attempt to flank and eliminate Sgt. Will from every angle as he and a few surviving comrades rain hell upon anything that crosses their sights.
Visit www.heavyfireredshadow.comfor key information, video, screenshots, and more.