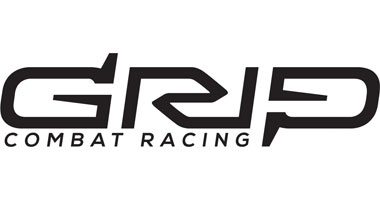 Featuring 24 drum & bass tracks licensed from the likes of Hospital Records for GRIP: Combat Racing – the highly-anticipated spiritual successor to Rollcage is hurtling to retail on 6th Nov.

To check out the ‘All Formats’ PEGI Soundtrack Spotlight Trailer via YouTube, please visit:

Adding a clutch of carnal drum & bass tracks to a now 24-strong line-up for GRIP: Combat Racing, Hospital Records will provide the following 11 tracks to help usher players through each of the game’s gravity-defying courses:

“We’re super excited to have Hospital Records on board, bringing their industry-leading line-up to GRIP: Combat Racing and joining forces with the rest of our great soundtrack roster,” said Chris Mallinson, Game Director for GRIP: Combat Racing. “We think players will love pumping the huge tunes we’ve got in the game.”

Players looking to enjoy even more from the game’s soundtrack will be pleased to learn that the Collector’s Edition features the original soundtrack on Double Vinyl, CD and MP3 Download. Available from shop.wiredproductions.com this collector’s edition is extremely limited with only 500 numbered units being produced and only 300 being made available for general sale.

GRIP: Combat Racing offers players a uniquely competitive experience, testing their reflexes to the limit as they accelerate towards the finish line at over 767 mph. Those wishing to take their highly-tuned skills into the PvP sphere can enjoy:

About GRIP: Combat Racing:
Inspired by the Rollcage games of the late 90s and backed by a highly-skilled and accomplished team, which includes Rollcage programming veteran, Robert Baker, GRIP: Combat Racing celebrates the re-emergence of blindingly fast arcade combat racers. The game will see racers hurtling their way around 22 breath-taking tracks, driving one of 15 armoured cars; while deploying a bristling arsenal of 9 outlandish weapons and power-ups. Built on Unreal® Engine 4, the game accelerates ahead of the racing crowd by offering players gravity-defying physics reaching speeds of over 767 mph – making it the fastest racing game on four wheels. GRIP: Combat Racing will speed onto the PlayStation®4 computer entertainment system, PlayStation 4 Pro, Xbox One, the all-in-one entertainment system from Microsoft, Xbox One X, Nintendo Switch™ and Windows PC via Steam® on November 6, 2018.

Those wanting to grip the wheel now can play GRIP: Combat Racing via early access on Steam.

Monster Safari in arrivo per PC