Developed by Team Blacksea Odyssey, the game has a ‘Very Positive’ rating on Steam and garnered an enthusiastic response from the gaming press. Twinfinite awarded the PC version of Blacksea Odyssey 4 out of 5, calling it “a bizarre and wonderful game”, while IndieGames astutely pointed out: “You surf on a missile and use a harpoon to rip limbs off of giant space monsters… if that doesn’t pique your interest, then I don’t know what will.”

The hunt is on! Get ready to battle colossal space monsters in Blacksea Odyssey, a savage, top-down rogue-lite shoot ‘em up RPG.

The greatest huntsmen in the universe have gathered for the Blacksea Odyssey – a legendary tournament that plunges competitors deep into the cosmic abyss on a deadly hunt for the most fearsome creatures that dwell within the void. 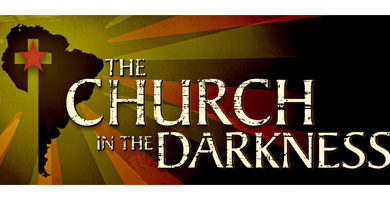 The Church in the Darkness è disponibile per PC, Mac, Xbox One, PlayStation 4 e Nintendo Switch

Tales from the Dragon Mountain: the Strix gratis per iPhone/iPad, Android e Amazon