Son of a Witch launches today on Steam and is headed to Nintendo Switch this fall!

May 16, 2018 — Son of a Witch, the charming action roguelike by Serbian developer Bigosaur, has at last departed Early Access for the big leagues and is live on Steam. Bigosaur has been working hard on the title for over three years, taking consideration from keen Early Access player insights as they finished the game. This dedication to improving on an already addictive formula hasn’t gone unnoticed, either. While fans adore the addictive combo of roguelike elements and cartoony visuals, the game has earned official selections at IndieCade Europe 2016, IndiePrize 2017, and Game Access ’17, confirming its appeal to players and critics of all stripes. And if you’re not on PC, Mac, or Linux, don’t fear, Son of a Witch will be casting a spell on Nintendo Switch this fall!

A new release trailer highlights the mountain of magical spells and weapons you’ll use to survive an onslaught of powerful bosses. Players will need to think fast as they battle enemies like the Yeti Elder, who launches baddies from its enormous mouth, or the Slime King, who coats the entire level in goo. But players don’t have to face these terrible foes alone. Son of a Witch supports solo, co-op and four-player gameplay for maximum roguelike goodness.

Son of a Witch offers 120 unique weapons and items to discover throughout its endlessly unpredictable levels. That might sound like a lot, but it’s only possible to locate a handful of these in each playthrough. As a result, players will experience a different set of weapons and strengths every single time they play. Adding to the complexity of this system are 7 playable characters, each with their own unique skill sets and abilities. As if this weren’t enough, there are also 30 pet animals to find to help players on their journey.

About Son of a Witch
Key Features
Explore non-linear procedurally generated dungeons
Fight your way through random encounters with monsters and a selection of 24 bosses
Find shops, treasure rooms and challenge rooms
Complete NPC quests to unlock playable characters
Get help from one of 26 cute pet companions
Drink random potions to power up or increase the challenge
Identify and use powerful magic scrolls
Every weapon has some unique ability or attack type
Every item you find has its use or special mechanics
Single player and up to 4 player co-op local or online
Three diferent play styles: melee beat’em up, magic shooter and archers sniping enemies from the distance
Permadeath. A new world is created every time you start the game, so it’s always fresh and interesting to explore 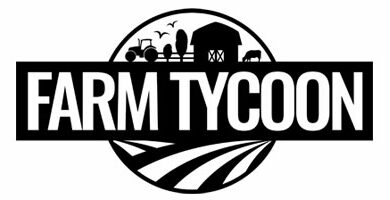