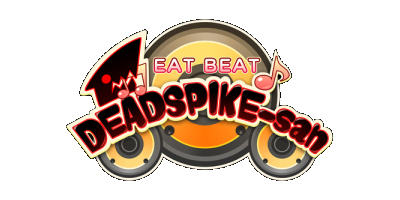 Torrance, California – March 22, 2018 – Arc System Works Co., Ltd. is pleased to announce that the BlazBlue based rhythm game, EAT BEAT DEADSPIKE-san, is out today on the Nintendo Switch!

“Once upon a time, in an unnamed Hierarchical City, was Ragna and Dead Spike-san. Ragna, as hard as he fought, never seemed to win…

Dead Spike-san, witnessing defeat after defeat, had a bright idea. If he ate more, maybe he could become stronger…?

Dead Spike-san and Ragna set off on an epic(?) journey.”