Hone your combat skills today with BioShock Infinite: Clash in the Clouds; Still to come, an all-new adventure set in Rapture before the city’s fall

BioShock Infinite: Clash in the Clouds, developed by Irrational Games, is an action-focused downloadable content pack that presents players with a series of unique, intense challenges and a whole new gambit of combat opportunities. Players will combine a diverse toolset of weapons, Vigors, gear, Tears and Sky-Lines in four new areas inspired by the classic BioShock Infinite environments. In addition, by completing all 60 Blue Ribbon challenges, players will unlock exclusives in the Columbian Archeological Society, gaining access to new Voxophones, Kinetoscopes, concept art and more.

BioShock Infinite: Clash in the Clouds is available starting today for €4.49 (400 Microsoft Points on Xbox Live® for Xbox 360) via online marketplaces on all available platforms, and is included in the BioShock Infinite Season Pass*.

Also in development at Irrational Games, BioShock Infinite: Burial at Sea* is a two-part add-on campaign featuring an all-new story for Booker and Elizabeth, set in the underwater city of Rapture before its fall. These two campaigns will be available individually and are also included as part of the BioShock Infinite Season Pass.

“We are really excited to offer our fans the content that they have been asking for,” said Ken Levine, creative director of Irrational Games. “With Clash in the Clouds, people get a pure action experience that takes BioShock Infinite combat to its highest challenge and intensity level. With the Burial at Sea episodes, we are building a Rapture-based narrative experience that is almost entirely built from scratch.”

From the creators of the highest-rated first-person shooter of all time**, BioShock, and the best-selling multiplatform video game of 2013 to date**, BioShock Infinite puts players in the shoes of U.S. Cavalry veteran turned hired gun, Booker DeWitt. Indebted to the wrong people and with his life on the line, DeWitt has only one opportunity to wipe his slate clean. He must rescue Elizabeth, a mysterious girl imprisoned since childhood and locked up in the flying city of Columbia. Forced to trust one another,

Booker and Elizabeth form a powerful bond during their daring escape. Together, they learn to harness an expanding arsenal of weapons and abilities, as they fight on zeppelins in the clouds, along high-speed Sky-Lines, and down in the streets of Columbia, all while surviving the threats of the air-city and uncovering its dark secret. 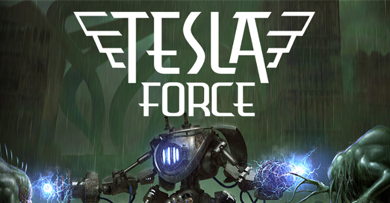