Here’s a special edition of Asked & Answered addressing just a few of the frequently asked questions we’ve seen out there from fans recently. Of course we’re aware that there are many more questions and curiosities out there about GTAV, so do stay tuned for more to be revealed about the game in due time. Meanwhile, you can always feel free to drop us a line via mouthoff@rockstargames.com where we’re glad to have a look at what you have to say and help out wherever we can.

“So can you switch characters? Trevor Michael and Franklin – can you play all of those guys? And everybody has their own missions???!” – @GTAVISBEST
“How is changing between characters going to work during missions?” – HIBMFL
“Do you have to switch characters constantly?” – killer772

Michael, Franklin and Trevor have their own separate lives with their own sets of friends and acquaintances, and even their own preferred ways of spending their free time. When you’re not on a mission, you can freely switch in real-time to any of the three characters to drop in and out of their lives letting you see what they’re up to. And because they have their own schedules, you’ll never know what they might be doing – you might drop in on Michael in the middle of a family dispute, interrupt Franklin chatting up some ladies, or Trevor on the run from the law – or whatever else these guys do in their free time… How and when you switch between characters when you’re not on a mission is completely up to you.
In addition, each of the guys has their own missions and side jobs. There will be times on a mission when you play as one character, or as combinations of two of them, and sometimes as all three, always being able to switch between the characters mid-action.  Off mission, it’s up to you. You can play as one character on his own or hang out with either of the other two or both of them, or you can switch between any of them.

“If I play as Trevor, can I zoom out, find out where Michael is, and then go and kill him while playing as Trevor? #GTAV” – @GTALAD4EVA

In the open world, the characters are meant to be living their own ongoing and unpredictable personal lives, so understandably it’s not always easy to track one of them down in the vast city of Los Santos or the many towns spread about Blaine County at any given moment, but you will be able to find them. Having found them, (or simply after calling them up and arranging to meet them), you’ll certainly be able to hang out with them, annoy them should you choose, and maybe even assault them, but you won’t be able to kill them. They all have remarkable powers of recovery and good health insurance. The game is based on playing all sides of these three characters’ interwoven stories rather than having generic, interchangeable leads, so permanently killing a major character in that way wouldn’t make sense. If a player is determined enough though, they may well find a way to badly injure one of the characters and switching to that character would just put you in the hospital to continue where you left off.

“Hello, I noticed that the Special Edition of GTA V includes a large “blueprint” of the map. I was wondering if the Standard Edition of GTA V will include the traditional folded paper map that, as far as I can recall, has always been included with GTA games.” – received via Mouthoff
“Will a GTA V poster be included when the game is purchased?” – @ny718kid

As in all previous Grand Theft Auto games, we’ve made a point of including a map of the world to aid players in navigating the city. In all versions of GTAV, the game disc will accompany a map with all the details players will need to navigate the world.  One big change though with this game is that with a world of this size, we created a double-sided map based poster to make sure players have all the information they might need to discover and explore the world. The blueprint map in the other editions does contain plenty of additional information and secrets on it.

“My name is Pedro and I have a doubt. When are you going to release the pre-order links of the Special Edition and Collector’s Edition of Grand Theft Auto V on Brazil?” – received via Mouthoff

Hi Pedro, we’re working hard to make the Special Edition and Collector’s Edition available for pre-order in Brazil as soon as we can. We’re currently waiting on some customs issues to be resolved before retailers in Brazil can start accepting pre-orders. To all others who have questions about whether and where the Special Edition or Collector’s Edition is available in your particular country, we’ve been maintaining the www.rockstargames.com/V/preorder page to be as up to date and accurate as possible for all territories shown – if you have additional questions beyond that, feel free to hit us up at mouthoff@rockstargames.com and we’d be happy to investigate for you.

“Would you be able to tell me to what extent are weapons and vehicles customizable?” – @kieranmgklaceup

Without going into detail just yet, we can tell you that both will be very customizable – with a range of weapon upgrades as well as some very deep car customization. Stay tuned for more very soon.

“Rockstar, how many discs will the Xbox and PS3 versions of the game have? I am asking because I am just conscious of how many discs I will have to install onto my Xbox 360 HDD.” – cj67890
“Hi R*, as you said GTAV will be the biggest game that Rockstar ever created, normally it should be the biggest in size too. So how you are going to solve Xbox 360 disc limit issues? I mean will GTAV have many discs (on Xbox 360 platform)…?” – youtubos
“If we install GTAV on Xbox 360 do we have to insert other discs or not?” – Persian-boy1995

Grand Theft Auto V is the largest and most ambitious game we have yet created, and takes full advantage of every ounce of processing power available in the current generation of consoles. In order to provide the best possible experience for such a massive and detailed world, the game will have installation requirements on both Xbox 360 and PlayStation®3 systems. For Xbox 360, Grand Theft Auto V will ship on two discs; Disc 1 will be used for a one-time mandatory install and Disc 2 will be used to play the game. After the install, players will be able to enjoy both Grand Theft Auto V and Grand Theft Auto Online without any need to switch discs.
This initial install will require an Xbox 360 Hard Drive or an external 16GB USB flash drive with at least 8 GB of free space. If using a USB flash drive it must be at least USB 2.0 with a minimum 15mb/s read speed and formatted for Xbox 360 use. A new USB flash drive is recommended to ensure optimum performance.  For PlayStation®3, the game ships on one disc and will install content as soon as you insert the game. The install is roughly 8GB, and players will be able to play as soon as the install is complete.

Yes. Soon (or in September if you don’t want to see it before you play it… it’s up to you) – the first Official Gameplay Video is on its way…

“Hey Rockstar, I’m curious whether you are planning on releasing GTA V on the PC…” – received via Mouthoff
“You’ve probably been asked before, but is GTA V coming for next gen consoles also?” – @tomtoon2010

The only versions of the game that we have announced are for the Xbox 360 and PlayStation®3 which are set for a September 17th worldwide release. We don’t have anything to share about the possibility of a next-gen or a PC platform release at this time and we are completely focused on delivering the best possible experience for the consoles people have right now.

“When will we get information on GTA V multiplayer?” – @camronbnl3

Expect to hear some first details soon – it’s called Grand Theft Auto Online and we’re very excited to unveil it for you sometime this summer.

“A healthy GTAIV multiplayer game is really hard to come by nowadays. By healthy I mean players play for good clean fun. Every time I join a game it’s either modded or hacked. When I create a custom game, some abusive d*ck joins my game and ruins everyone’s fun game. I can’t just kick him out unless everyone votes. Do something about this in GTAV, Rockstar.” – received via Mouthoff

Ever since Grand Theft Auto IV was released, we’ve continued to integrate newer and stronger methods of cheat detection and prevention for each of our games. While we have yet to reveal specifically what new anti-cheating measures we have planned for GTAV, rest assured that we’re focused on creating as level a playing field and as fair, fun (and healthy as you say) an experience as possible for everyone. There will always be some people who want to cheat but we are going to do our best to stop it. We have spent a lot of time and effort making an incredible Online experience and proper support is part of that package.

“Hello Rockstar, I have a question: how much difference will there be between the PS3 and Xbox 360 versions of the game?” – received via Mouthoff

Players can expect the same great gameplay experience on both the PlayStation 3 and Xbox 360 platforms as they have both been developed in tandem.  Like all of our games, trust that we’re committed to making sure Grand Theft Auto V looks and runs as great as possible regardless of whether you pick it up for PlayStation 3 or Xbox 360, and we are excited for fans on both platforms to experience Grand Theft Auto V this September. We expect any visual differences to be completely negligible.

There’s nothing to worry about, so we aren’t quite sure what you’re smelling!  GTAV will be available for PlayStation 3 on September 17th. 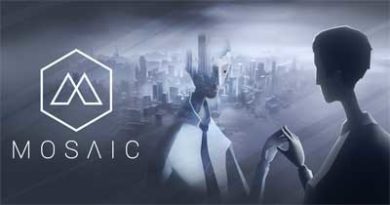 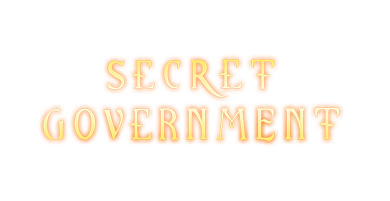