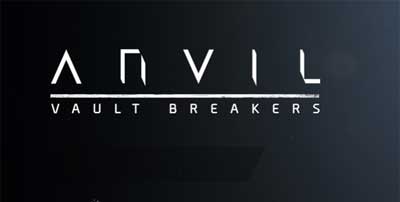 Witness the wonders of the galaxy, and the monsters that reside in it, in the high-adrenaline teaser trailer, with new trailer coming soon

Seoul, Korea – September 29th 2021 – Korean developer Action Square and publisher SK Telecom today announced that their co-op top-down sci-fi shooter roguelike, ANVIL: Vault Breakers, is coming to Tokyo Game Show, and will be released on Steam this Winter. In lieu of this announcement, SKT will be releasing a new action-packed trailer showing what it takes to become a true Vault Breaker.

In ANVIL: Vault Breakers, you’ll explore the various galaxies, crawling with grotesque alien threats and monsters, in an attempt to locate relics and artifacts from fabled Vaults. Work for the Ancient Vault Investigation Lab, or ANVIL, in a team of “Breakers”, who seek “Vaults”, the remnants of alien civilizations that have been scattered throughout the universe. Venture through galaxies, each containing random planets and unique boss monsters that need to be defeated in order to locate the surreptitious Vaults.

Grow as a Vault Breaker as you gain EXP during every battle, which will enhance your strength and provide new powers to play with. Experiment with different combinations of weapons and artifacts to become unstoppable. With over 100 randomly generated artifacts, an assortment of galaxies to explore with distinctive threats to conquer and dozens of weapons to destroy them with, every play session feels uniquely intense and different. Can you become the ultimate Vault Breaker?

“Presenting ANVIL: Vault Breakers at Tokyo Games Show comes as a result of our efforts to continue celebrating dynamic and competitive games created by Korean developers to gamers throughout the world,” said Jaeyoo Cho, Vice President and Head of Game Publishing Division at SK Telecom “We are excited to introduce the mesmerizing gameplay experience to audiences around the world and cannot wait to launch it later this year.”

Wishlist us on Steam: https://store.steampowered.com/app/1487390/ANVIL/

Mystery of the Crystal Portal è scontato per Mac del 60%